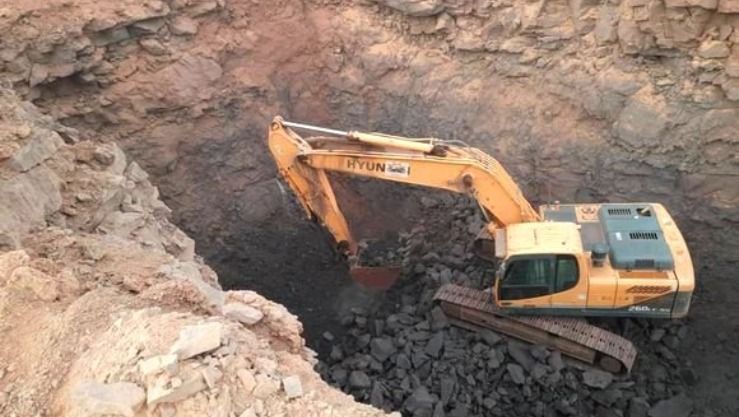 Algeria: Extracting 1000 tons of iron ore from the Gara Jbeilat mine

The first amount of iron ore, estimated at 1,000 tons, was extracted from the Gara Jbeilat-Gharb mine (Tindouf province), which began to be exploited at the end of last July, as confirmed Wednesday by the Assistant Director-General of the National Iron and Steel Corporation (Feral), Reda Belhaj.
In the same context, Belhadj said, “We carried out two explosions that allowed us to obtain a trench to reach the iron ore layer, and the third explosion enabled us to extract 1,000 tons of iron ore,” adding that the upcoming extraction operations that will be carried out by the National Iron and Steel Corporation will allocate larger quantities. .
The same official added, “We can reach 20 thousand to 25 thousand tons during the next month, to reach the extraction of about 100 thousand tons / month by the end of the year.”
He also confirmed that, during this pilot phase, “half of the iron ore quantities will be transferred to the state of Oran to be exported to both China and Russia.”
The other half will be used to supply iron and steel factories in Algeria.
Belhaj added that the project will allow guaranteeing and securing the supply of the national iron and steel factories (Haggar, Tosyali, and the Algerian-Qatari Iron and Steel Company), with iron ore, as well as raising non-hydrocarbon revenues and providing about 3,000 job opportunities.
The public complex for transporting goods and logistics (Logitrans) will also soon transport iron ore by trucks to Bashar, where it will be converted and valued by dealers who want to invest in this field, pending the completion of a railway line between Bashar and the Gara Jbeilat mine.
In order to ensure the transfer of iron ore, requests for expressions of interest will be announced nationally and internationally at the end of August, with the aim of searching for partners, according to Mr. Belhadj, who confirmed that the brochure of conditions for this would be ready at the end of September.
He stated that iron metal can be marketed in the form of ore or in the form of a concentrate (partially dephosphorous metal), pellets or powdered iron reduced (PDR), which is considered an addition to iron.
Within the framework of this project, it is expected to establish an Algerian-Chinese institution tasked with extracting the metal and another factory in Bechar that will allow the Chinese side to use the metal to produce alloys (semi-finished products from the iron industry used in the production of rebar and iron bars) before the end of 2022. The project will also allow the establishment of a railway production plant, in Béchar, which will use the local pallet.

Regarding the problem of high phosphorous content, Mr. Belhaj stressed that there are solutions to remove phosphorous from iron, thanks to Russian technology.

In this regard, he said, “We will resort to these solutions, which have shown their effectiveness in other projects.”

Last July, the Minister of Energy and Mines, Mohamed Arkab, oversaw the launch of the iron mine exploitation works in Ghar Jbeilat (Tindouf), which will allow the production of 2-3 million tons of iron ore in the first phase (2022-2025), then 40 to 50 million tons per year starting from 2026.

The Council of Ministers, held last May 8, chaired by the President of the Republic, Mr. Abdelmadjid Tebboune, agreed to launch the first phase of the project to exploit this mine.

In this regard, President Tebboune ordered the implementation of this “strategic” project within an “integrated and complementary” approach with the various industrial projects and infrastructure associated with it, within the framework of a specific timetable.

It should be noted that the iron mine of Ghar Jbeilat is one of the largest in the world, with estimated reserves of more than 3 billion tons, of which 1.7 billion tons are exploitable. 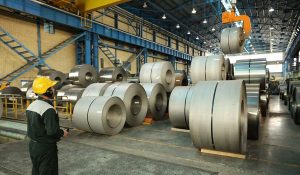 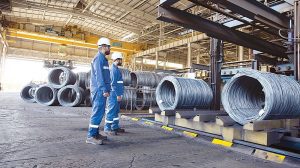